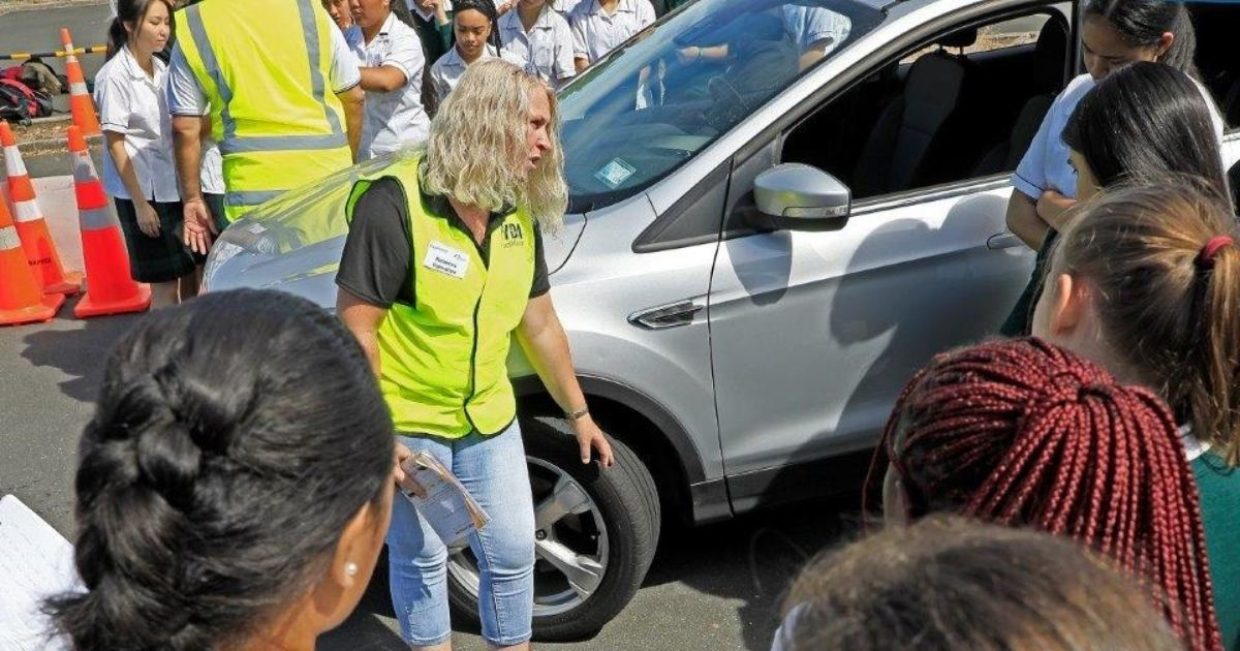 The successful programme has been running for 16 years and has had an enormous impact. Participants come from a wide range of local schools, including as far afield as Avondale College and Kaipara College. Around 500 year 12 students participate each year.

For 60 years, the Henderson Rotary Club has been doing excellent work in the local community. In particular, the club has a long history of support for West Auckland Hospice and Waitakere Hospital. Recently members completed a project landscaping the overgrown pond area on the hospital site. The pond area has been replanted with colourful flowers and shrubs, creating a peaceful oasis for staff and patients.

The Rotary Club of Henderson was also recently involved in the Keep NZ Beautiful Clean-up week. Members got stuck in and collected large amounts of rubbish around Henderson’s Lincoln Road. Not surprisingly, discarded face masks were top of the list of items thrown away.

However, according to Henderson Rotary’s treasurer Graham Chapman, the RYDA is one of their flagship programmes. And with 319 people killed on our roads last year alone, it’s clear there’s plenty of work to be done.

‘Every year 12 schoolkid out West has the opportunity to take part in RYDA,’ says Graham. ‘It’s designed for 16–18-year-olds who are at that crucial time in their lives where they start to drive independently or are travelling as passengers of novice drivers,’ he adds.

In one session, students watch a powerful video on the life and tragic death of an 18-year-old provisional driver and her best friend. And in another, they sit with a crash survivor and hear first-hand how one poor choice can change a life forever. These personal stories of loss and survival really drive the road safety message home.

At the end of the programme, young people are equipped with strategies and tips to help ensure they don’t become another statistic.

Ongoing funding of RYDA is a challenge, especially given the massive demand on funders since the start of the pandemic.

Henderson Rotary applied to the Your West Support Fund for help with administration costs. And RYDA received $10,000 from the 2021 funding round.

'The Your West Support Fund has made a significant difference', says Graham. He adds that the programme wouldn't be able to keep running without the funding.

Now more of West Auckland’s young drivers can benefit from this much-needed resource.